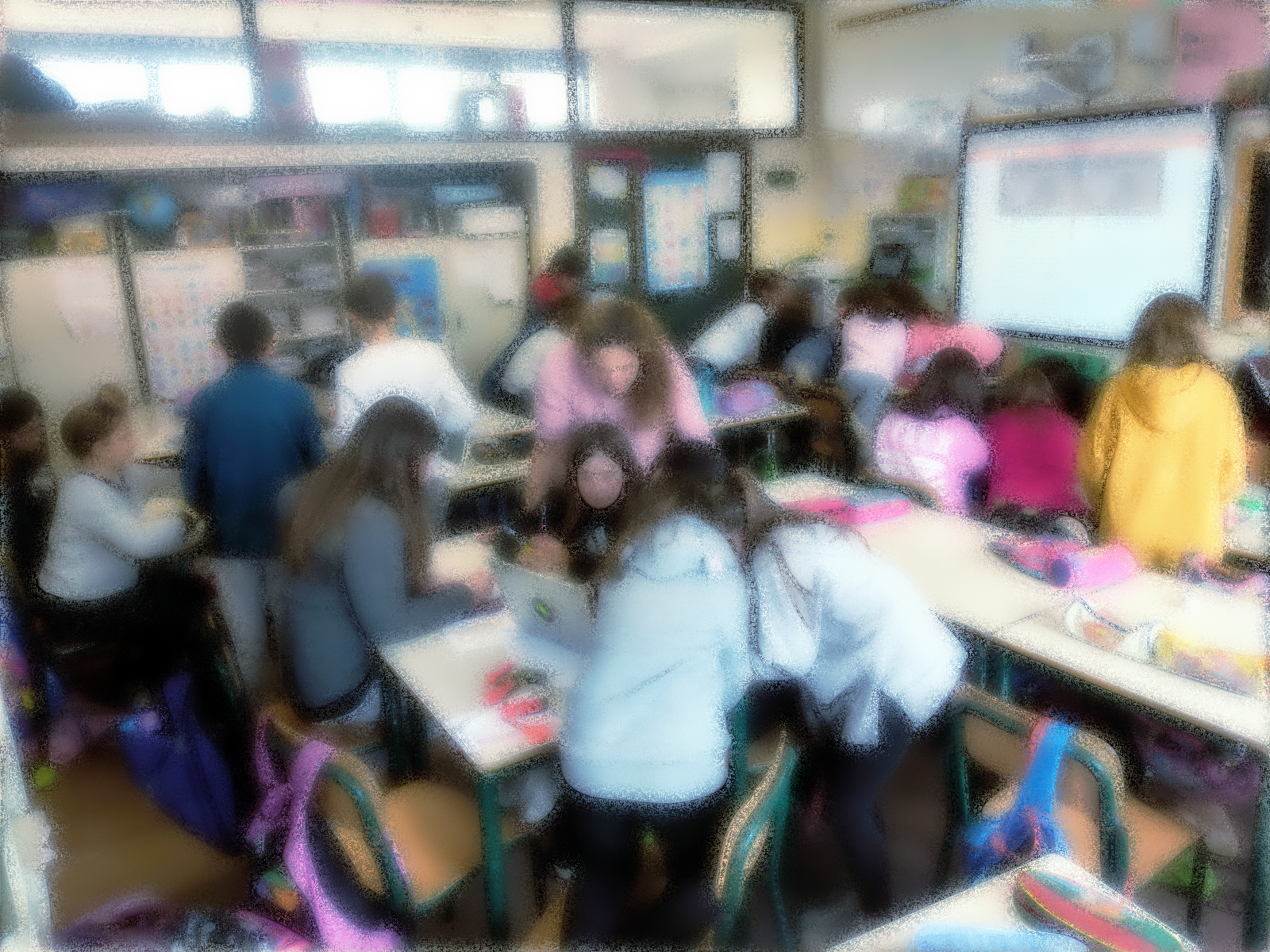 When building products we always seem to be in such a rush. I write this as we enter the eighth year of working on an idea known as Hyperaudio. We managed to build the Hyperaud.io service in a little over nine months - starting work in earnest in early 2013, managing to deliver something that people could start playing with by summer 2013 and by the autumn we were pretty much done - where ‘done’ was a working prototype.

Meantime funds were being raised, collaborations made, non-profit status pursued and community built, all in an effort to take us to the next stage.

Alas we were denied non-profit status in the US - due — as I understood it — to arguments around MIT licensed code being useable for for-profit reasons.

Funding can be difficult to attract if you’re plotting the non-profit course, especially if you are still mulling over how it’s all going to work and of course how on earth you’re going to achieve sustainability.

Throughout it all I remained convinced that idea was good. To our credit I don't think any of us lost faith, but we did get distracted. We'd been mulling over a journalistic application of Hyperaudio for some time, but it took a journalist to actually convince us to build it - in late 2014 that application became a for-profit named Trint. We diverted funding and put all our energy into that instead, most of us stayed with it for a couple of years and left as it became clear that we wanted to work in different ways and on different things.

Over the years we had become specialised in creating applications that allow people to remix and share transcript-driven media. First came Palestine Remix and then the Studs Terkel Radio Archive. Our code and expertise was evolving, even if the Hyperaud.io service itself lay fallow.

For us the remixing element was key and seemed to be the part of Hyperaudio technology that consistently captured people’s imagination, including our clients - as a result we were constantly creating new remixing software for various organisations.

Although Hyperaudio based technology surely has its place in journalism, we really wanted to push the remixing aspect and it seemed to me that that element would feel very at home in an educational context. The immediacy and usability of Hyperaud.io’s remixing tool - the imaginatively titled Hyperaudio Pad - lends itself to being used by children as all they need to create an audiovisual piece is move words from one window to another and the audio and video gets taken along with it.

Earlier this month I arranged to try out Hyperaud.io in a local school, with the objective of exploring Media Literacy with school children by showing them how to construct and deconstruct audiovisual material. In preparation we created a subdomain and added specific content around the Climate Emergency. The plan being that the 11 year old students would mix that content and thereby create their own interpretations. Although the school I would test in was an Italian one, the teachers asked that I source English spoken word content. They felt that the way the words highlighted in time to being spoken would aid comprehension.

This isn't the first time Hyperaud.io has been used in an educational context, check out the blog posts Hyperlocal Hyperaudio and The Kids are Alright where Nate Hill and I talk about our trials with children at Chattanooga Public Library.

I’m not an educationalist - I’ve helped out with CoderDojo and run some courses about web stuff, but I have no formal training. I wasn’t quite sure whether what my lesson plan should be, or even if I should have one. We had around an hour and a half. Limited by the number of laptops available we divided the class of 26 into 5 groups. I thought I’d take some printed materials along in case there was an opportunity to do some away-from-screen work. I printed out all the transcripts corresponding to the media, each with unique background and text-colour combinations. This allowed the students to highlight or physically cut up the transcripts and create real live papercuts, before venturing on to Hyperaud.io to do the actual mix. The colours helping indicate the source of the text. 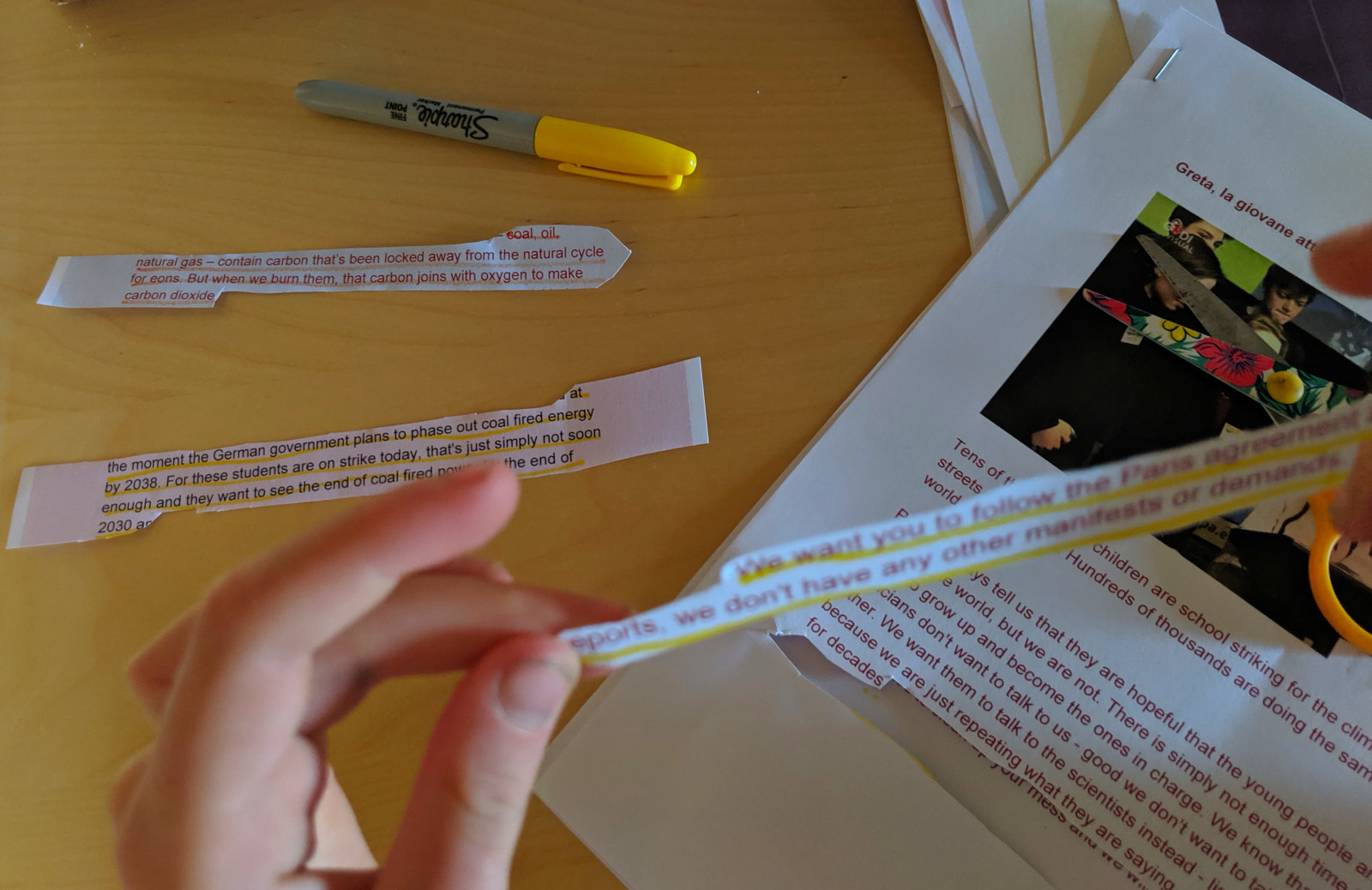 It turns out that the suggestion to use English language material was a very good one, students were inspired to ask about the parts they didn’t understand to establish suitability. This became reinforced once they moved onto the Hyperaudio Pad and started listening to their mixes.

At the end of the session we had a show and tell, where each of the groups demoed their finished mixes.

Highlights included kids asking if they could play with Hyperaud.io at home and an unexpected near tear-inducing round of applause at the end of the session. Needless to say, I was extremely happy with how things turned out.

It’s taken a while to get to where we are now and there’s still a long way to go, but I think that’s OK. Sometimes you just need to let things stew a little.